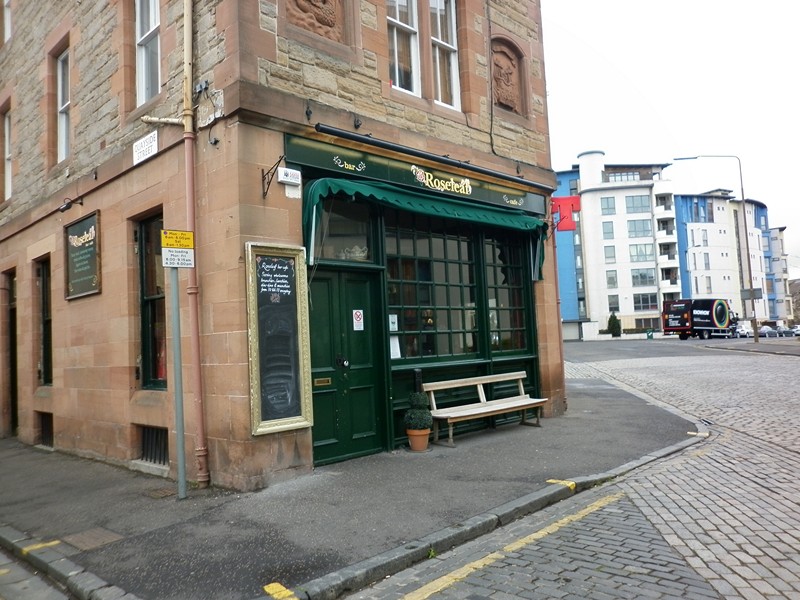 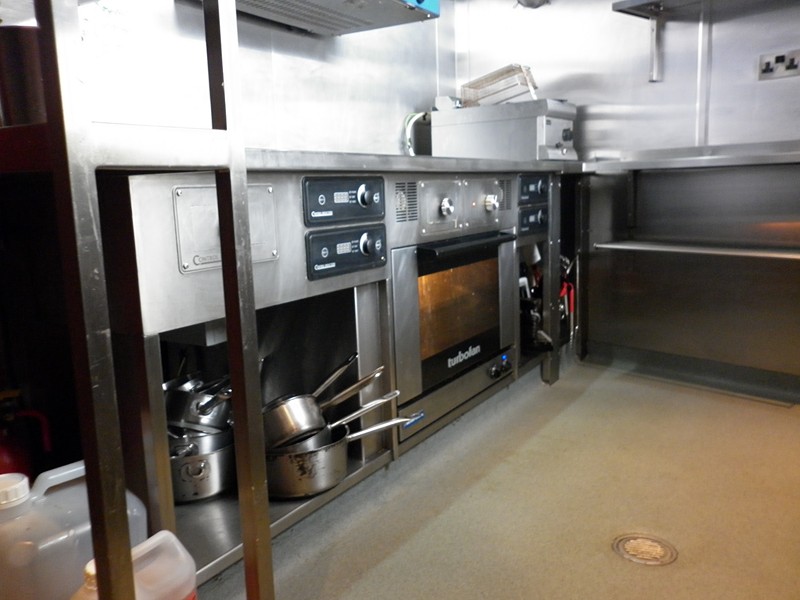 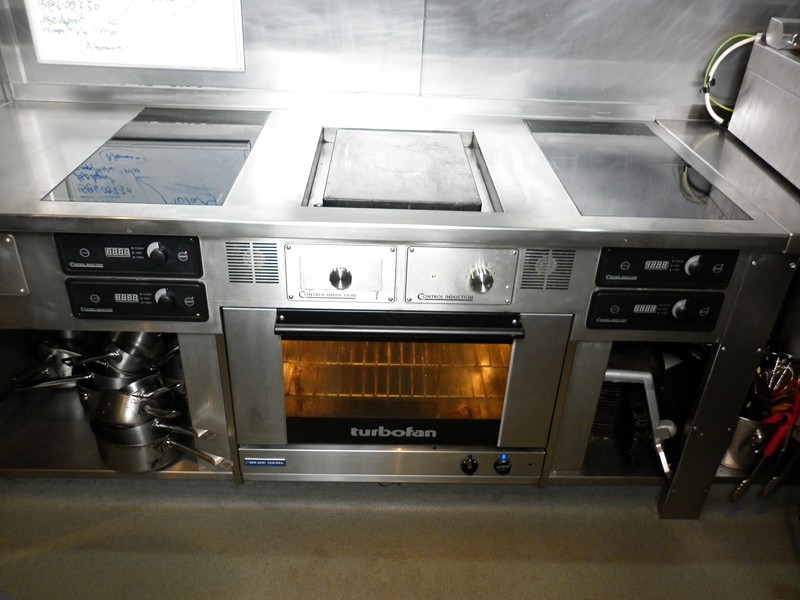 ‘Brilliant' is how Jonny Kane of the Roseleaf Bar and Cafe in Leith, the old docks of Edinburgh, described the performance of his new Control Induction cooking suite. The suite which consists of four single induction hobs and a French plancha, with Blue Seal oven underneath and a salamander above was installed back in November 2011. Jonny says 'now we don't have to pay for gas anymore, I don't get the £600 per month gas bills and there has been no noticeable change in the electricity bills'.

One interesting point in the last photo, look how the black soot marks are disappearing from the pans. Like most pans used on a gas stove, they used to be black on the outside from the dirty gas flames. Slowly, the regular washing, and nothing being baked on by the induction is cleaning the pans.