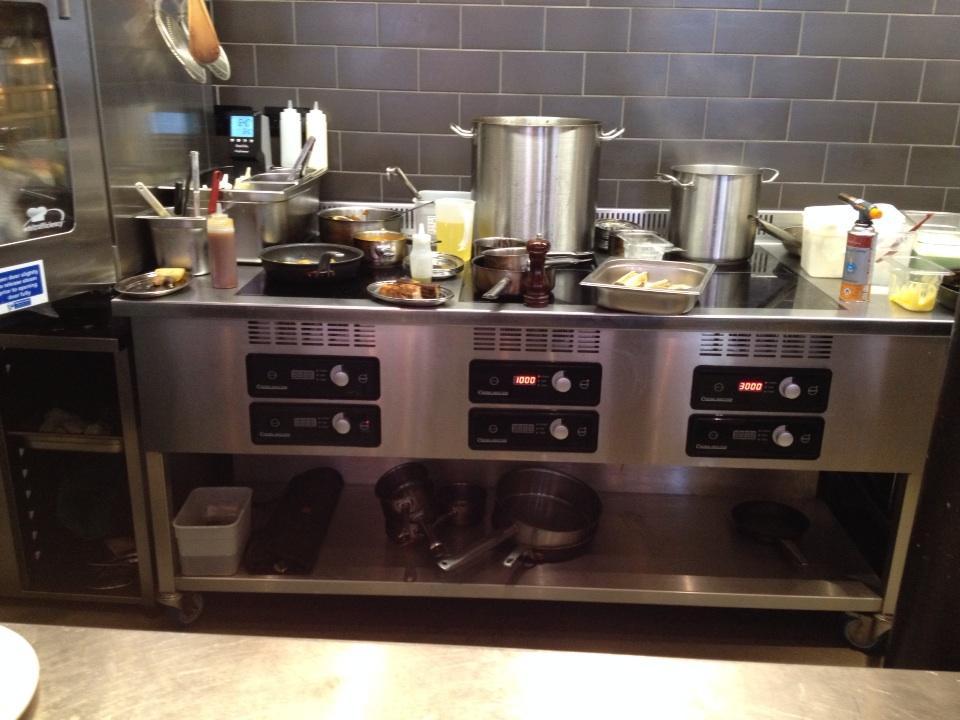 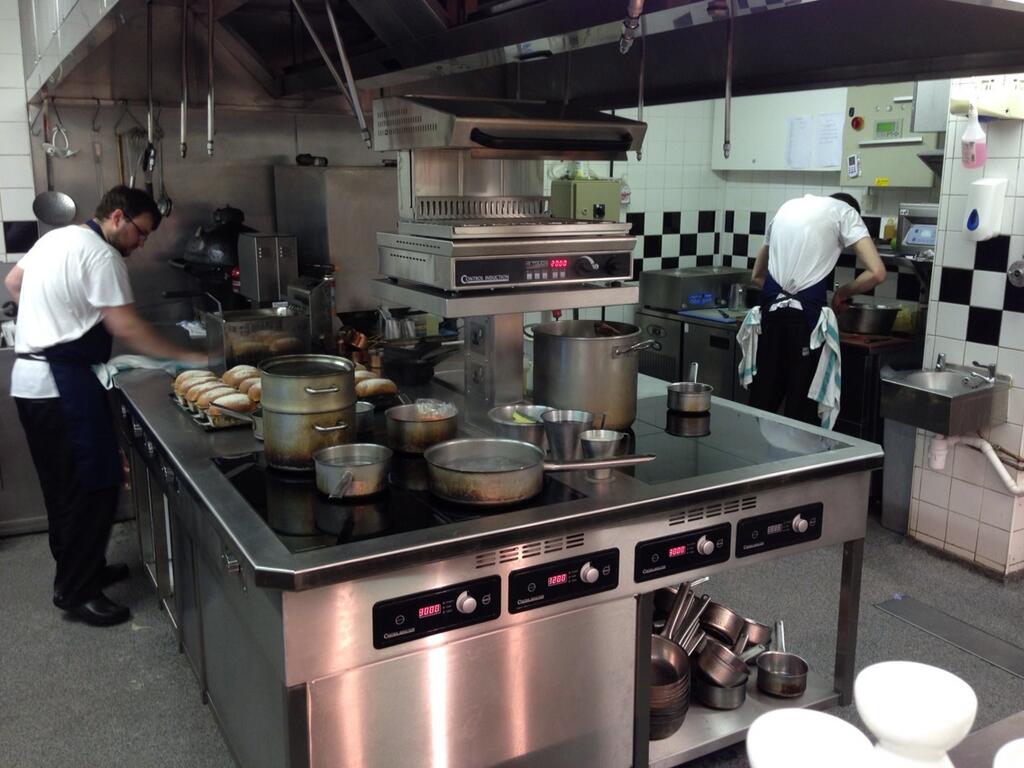 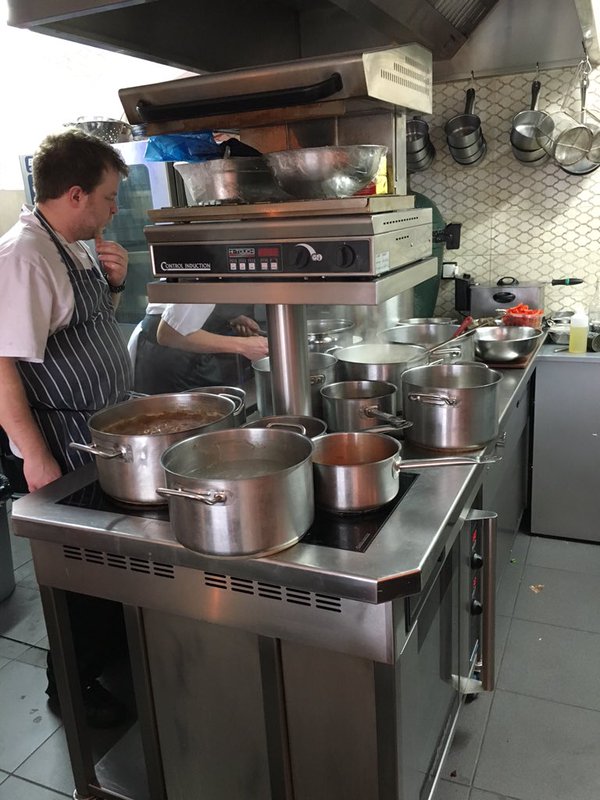 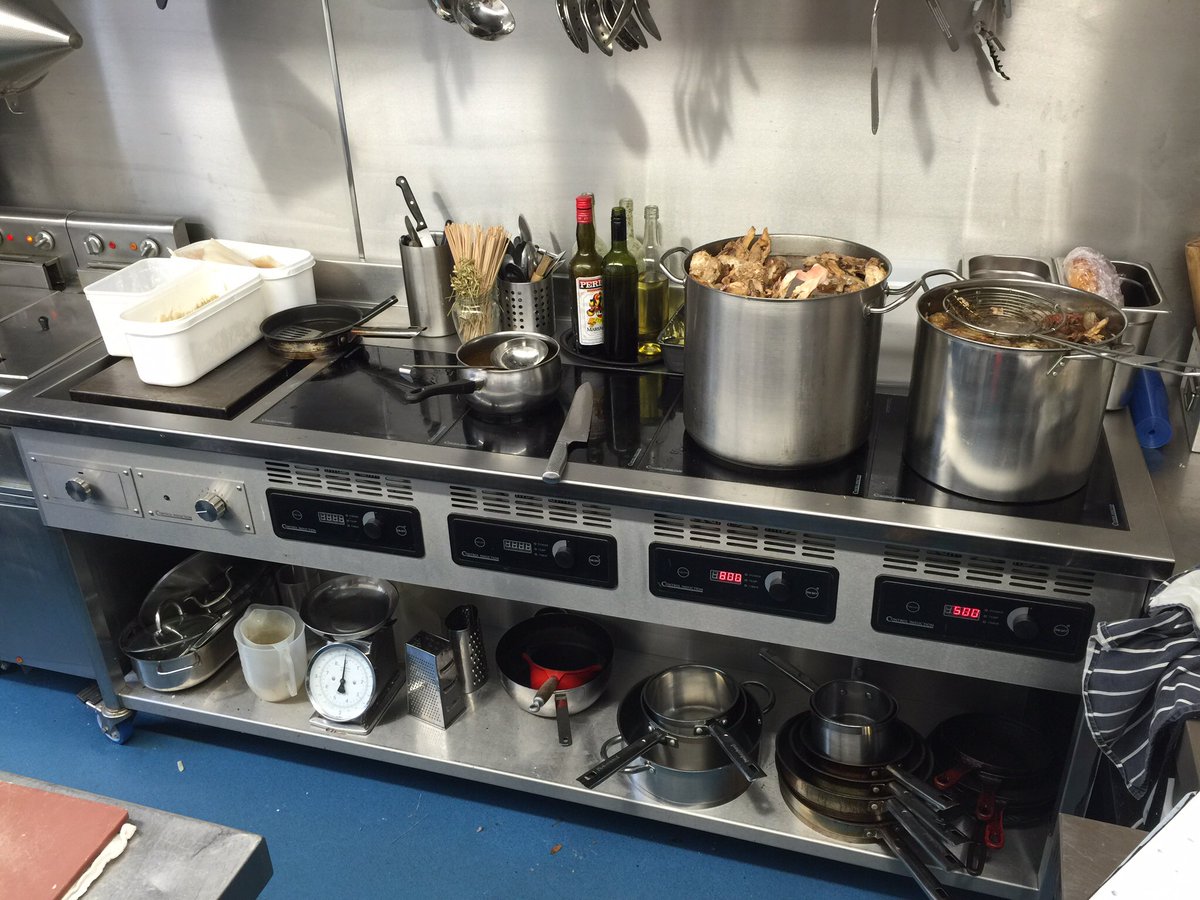 This cooking suite is made up from four 3kW hobs and a single French Plancha. 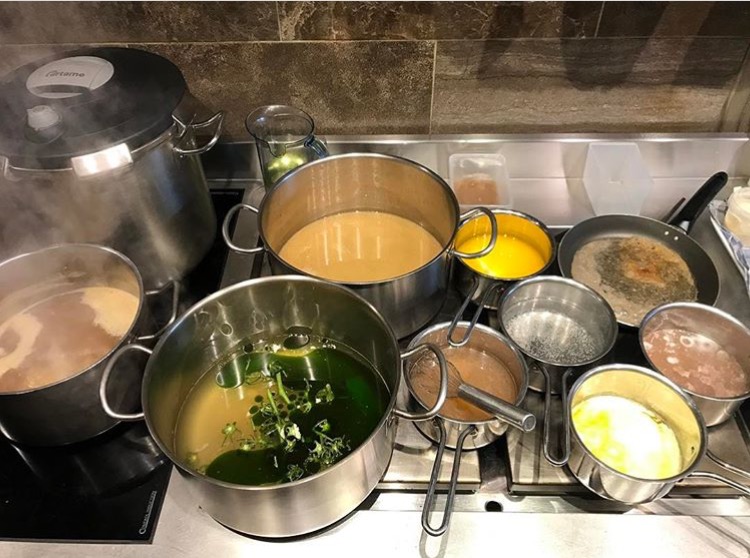